President Trump has ordered Homeland Security to create an office called VOICE: Victims Of Immigration Crime Engagement. Apparently he believes that there is more criminality among immigrants than born Americans. That is not the case, it is the opposite.

Somehow Trump believes that immigrant criminality is such a big problem that he needs to blame all immigrants for the crimes. But a look at criminal statistics show that it is much more complicated. If you look at facts, immigrants to the USA have lower rates of crime than people born in the USA.

Many have reported on this fact which is scientifically and statistically confirmed. The New York Times wrote last year;

”In America, as in Europe, anti-immigrant backlashes have often followed episodes in which foreigners are blamed for crimes and other problems. But statistical studies show that in the United States, at least, immigrants are far more law-abiding than natives, regardless of race, class or education.”

”This new study bolsters my reporting on the topic back in 2014 which also found lower rates of criminality among immigrants. As I then noted: University of California sociologist Ruben Rumbaut finds, among other things, that the incarceration rate of American-born males between 18 and 39 years of age was five times the rate of foreign-born males, and finds similar conclusions in a survey of other studies on the topic.

Rumbaut and his colleagues have updated their data. From the executive summary of their study:

‘For more than a century, innumerable studies have confirmed two simple yet powerful truths about the relationship between immigration and crime: immigrants are less likely to commit serious crimes or be behind bars than the native-born, and high rates of immigration are associated with lower rates of violent crime and property crime. This holds true for both legal immigrants and the unauthorized, regardless of their country of origin or level of education. In other words, the overwhelming majority of immigrants are not “criminals” by any commonly accepted definition of the term. For this reason, harsh immigration policies are not effective in fighting crime.'”

Thus: to decrease the crime rates in the U.S.A: increase immigration (and end racist laws and policing practices targeting Black and Brown communities)! 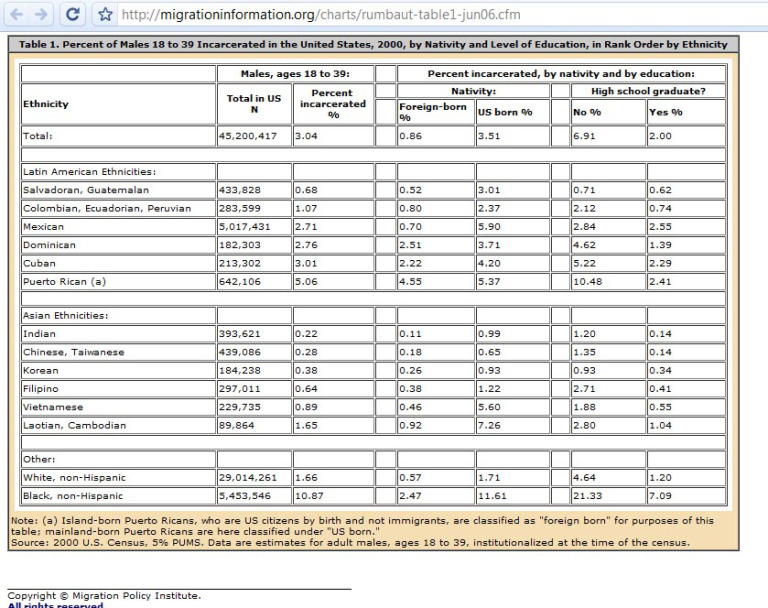 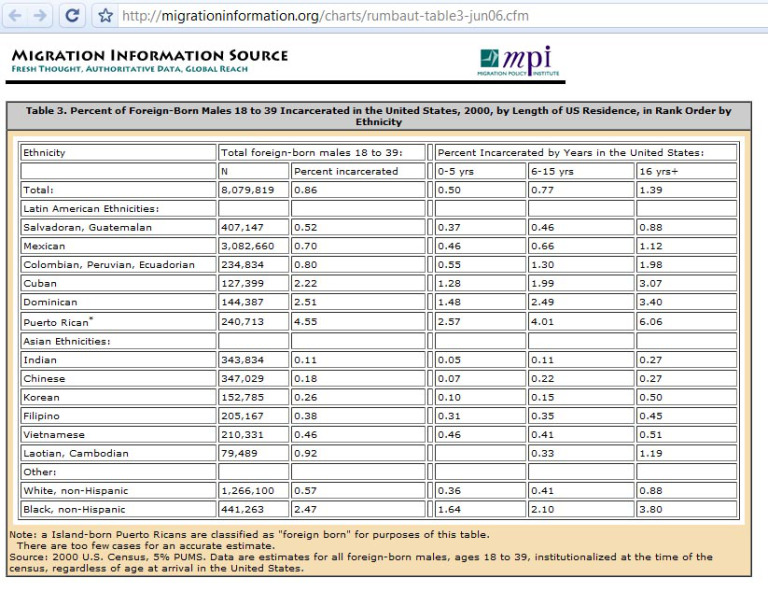 Thus: to decrease the crime rates in the U.S.A: increase immigration (and end racist laws and policing practices targeting Black and Brown communities)! 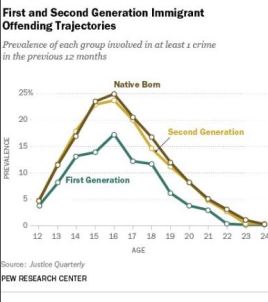 If Donald Trump wants to decrease the rates of criminality in the USA, he should open the borders and bring in more immigrants.