Hatred against Jews and hatred against Muslims have a lot in common. One thing in particular is that throughout history Jews and Muslims have been accused of being rapists. The Nazis in the 30s are well known for their claim that the Jewish men was seeking to rape ”Aryan women and small girls” to ”make Europe more Jewish”. The myth that all Jewish men are rapists is still being spread among antisemites. Today Muslims are victims of this slander as well.

Internet is filled with claims that Muslims rape women. Breitbart is no exception to that. Breitbart often claims that Muslim men are sexual perverts that just want to rape women. A lie that is often repeated will be accepted as The ”Truth” by many in the end. ”Muslim Rape Crisis”, ”Muslim Rape Gang Leader”, ”Muslim Gang Rapists are Springing Up Everywhere”, ”Islamic Rape Gangs”, ”Muslim Child Rape”, etc etc…

By now you might ask whether a Muslim never raped a woman? Of course there are individual Muslim rapists, as there are Jewish rapists, rapists among Trump supporters, among farmers, Russians, carpenters and stamp collectors.  But if you claim that ALL Muslims, Jews, Trump supporters or collectors of stamps are rapists you are spreading a dangerous lie.

According to the myth there is a ”Muslim Rape Culture”. The Nazis spread the same lies about Jews in the 30s and claimed that there was such a thing as ”Jewish Rape Culture”. Especially the magazine Der Sturmer was famous for spreading these kinds of lies. 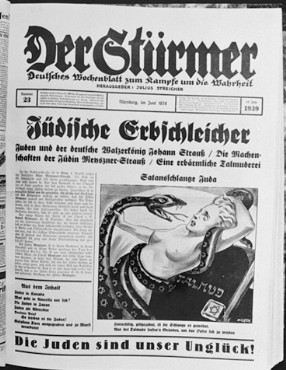 The lie is easy to expose. As usual the racists claim that all people belonging to a group are guilty of real or invented crimes that a few persons in the group might, or might not, have committed.

”‘Unaccompanied Minors’ Get Classes on How to Pick Up Swedish Women”

There are certainly cultural differences between Europe and, lets say, the Middle East, as there are between Sweden and the USA. The Swedish laws regarding exual harassment  and rape are very strict. Many acts in Sweden are defined as crime, in the USA or the Middle East the same acts might not be defined as crime. Womens rights are something most Swedes care much about.

What happens when Swedish local media in a small town reports about a drama teacher that wants to help the youth that has come to Sweden to overcome these differences? Breitbart writes an article about it. The article describes how the drama teacher and actor Mohammad Arvan in Örebro, in Sweden, has started to teach some young immigrants how to ”pick up” Swedish girls. Or rather how to talk to them and contact them. The outcome is positive and Swedish girls believe that even Swedish youngsters, without immigrant background, would need the same help and advice.

Arvan obviously cares about the rights of women and is trying to teach the youngsters to RESPECT women.

He said another scenario students explore through roleplay is the art of picking up women at bus stops or on public transport, explaining that this is an environment in which it’s easy to make mistakes.

“The guys take turns to play a female passenger who is already seated on the bus, when a male passenger sits on the seat beside then acts in an intrusive manner, and even begins to paw [at the person they are sat next to].”

The drama teacher said that by exposing migrants to the discomfort felt by women in this situation, he hopes the exercise will reduce the risk of them making similar moves in future. “[Students] didn’t remain seated very long if they were playing the girl [in the scenario],” Arvan told SVT.

Why would Breitbart in the USA write about a local initiative in a little town with 100.000 people in Sweden? Well because they want to spread fear: the fear that Muslim immigrants are rapists. ”Migrants are also taught that German women are highly sexually available”…

Is that how the readers of Breitbart interprets the article? Well lets look at it.

”They” (the Muslims) attack ”any women”. ”Muslim foreplay” is to rape and use ”knife”. The drama teacher should be ”arrested”…

No wonder… Breitbart usually describes all Muslim men as rapists and Islam as a rapist religion. The only reason Breitbart is interested in writing about a drama course in a remote small Swedish town is to defame all Muslims as rapists.

In the end of this article you can see more examples from the comment section of Breitbart.

Jewish Defamation of the Blood. That is the headline of this issue of Der Sturmer. In the bottom of the page it says that ”The jews are our disgrace”.

The Nazis took real rape, committed by individuals that happened to be Jews, and mixed with lies and fabricated stories about ”rape”. This example below is from Der Sturmer 1927. According to the article an American Jew raped a German woman in Ohio. ”Defamation of the Race in America” is the headline.

By claiming that Jews were rapists and by giving ”evidence” about this the Nazis whipped up hatred against Jews in Germany. Truth was replaced by ”alternative facts”.

In the Nuremberg trials after World War 2 it was established that the lie that a ”Jewish Rape Culture” existed was one of the crimes against humanity the Nazis committed. In Nuremberg this quote from Der Sturmer 1933 was put forward as one of the evidences of the Nazi crimes.

”One single cohabitation of a Jew with an Aryan woman is sufficient to poison her blood forever. Together with the alien albumen she has absorbed the alien soul…. Now we know why the Jew uses every artifice of seduction in order to ravish German girls at as early an age as possible; why the Jewish doctor rapes his patients while they were under anaesthetic. He wants the German girl and the German woman to absorb the alien sperm of the Jew. She is never again to bear German children… The author and abettor of such action is the Jew. He has been aware of the secrets of the race question for centuries, and therefore plans systematically the annihilation of the nations which are superior to him. Science and authorities are his instruments for the enforcing of pseudo-science and the concealment of truth.”(M-20).

Compare that to the comments section on Breitbart.